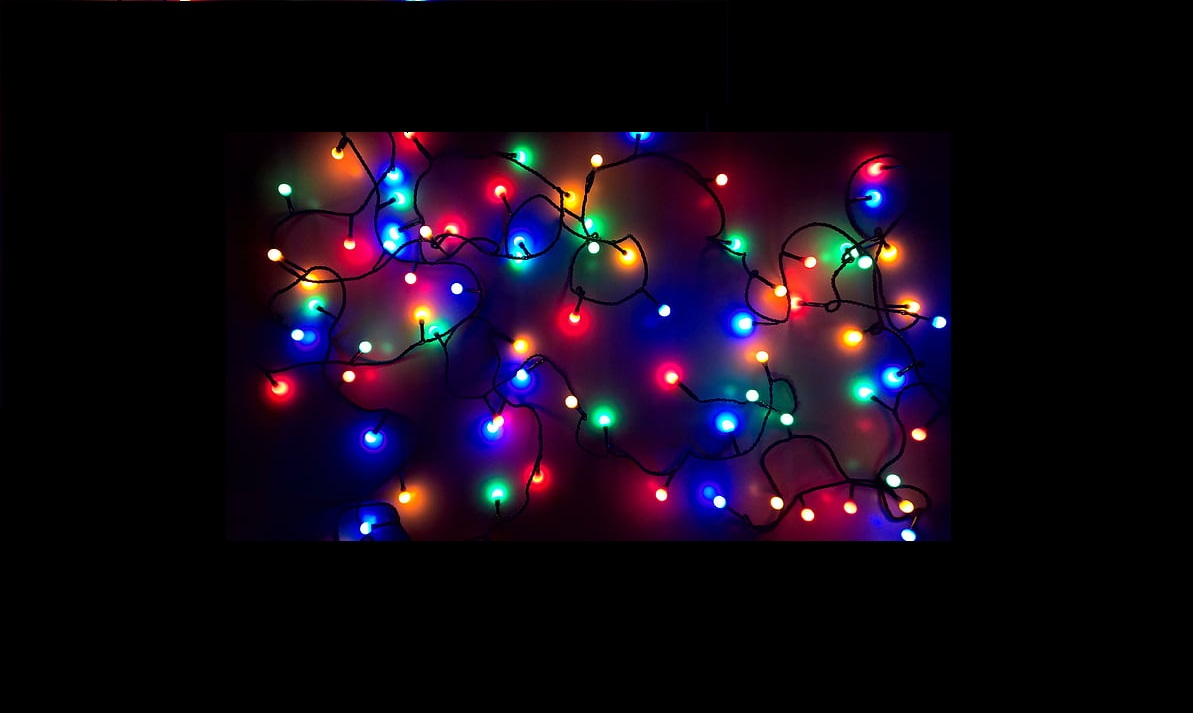 As part of the grand celebration of 75 years of India's independence across the country through 'Azadi ka Amrit Mahotsav' the Indian Navy conducted a National level Quiz Competition 'THINQ' themed 'Sail beyond your horizon',wherein 7500 schools across the country participated.
The two stages to the Quiz:
A. Online Elimination Round 1,2 & Quarter Final
B.Semi Final & Grand Finale Onboard.

16 teams across the country have qualified for the Semi Final round.

We,at Dewan feel extremely proud of the fact that our school's WONDER BOYS, Abhra Kanti Dubey (X) and Aayush Agarwal (X) have qualified, for the Semi Finals competing with other 15 teams across the country to be held on 23 November 2022 at the unique venue Onboard the Aircraft Carrier/the Indian Naval Academy, Ezhimala (Kerala).School appreciates the valuable contribution of the Science teacher, Mrs.Sonu Wadhwa and parents of these two GEMS in preparing them for the same..We, alongwith School Director, Sh.H.M.Rout and Principal, MrA.K.Dubey bless them for their success and future endeavors.
BEST OF LUCK! ðð 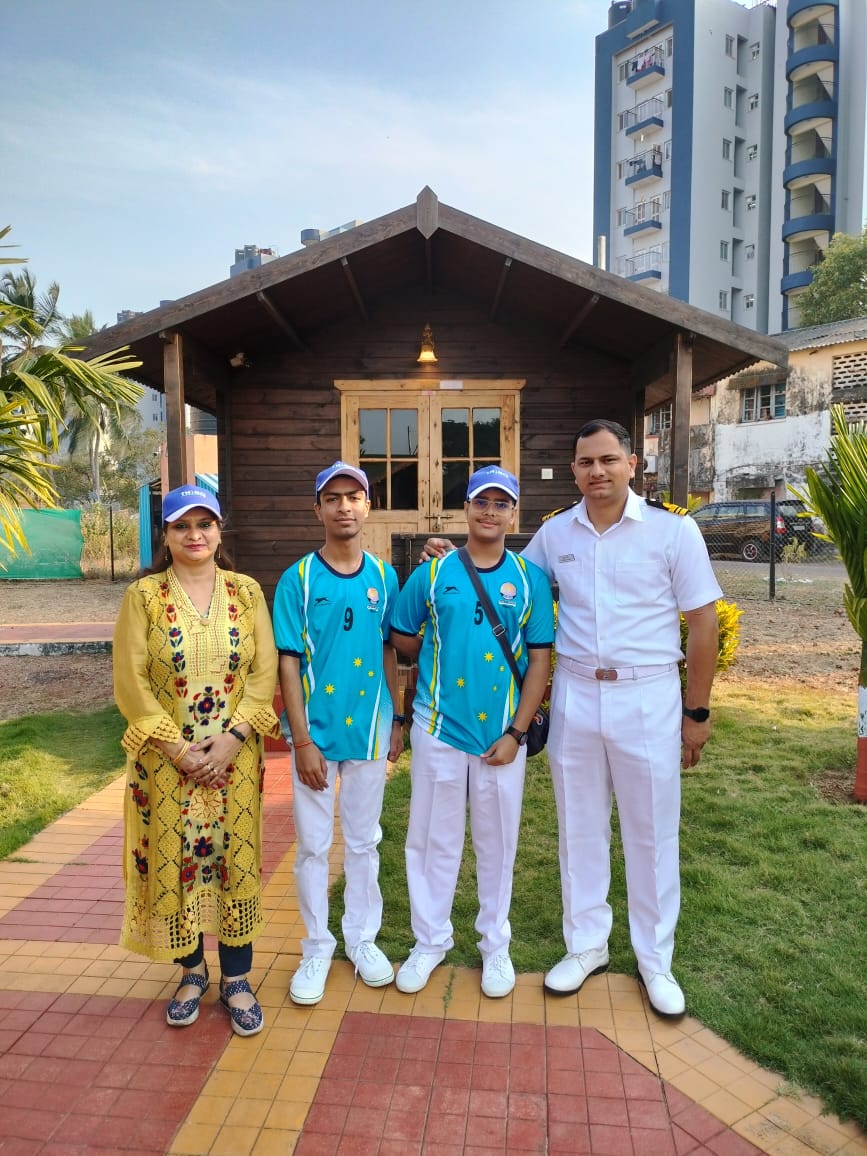 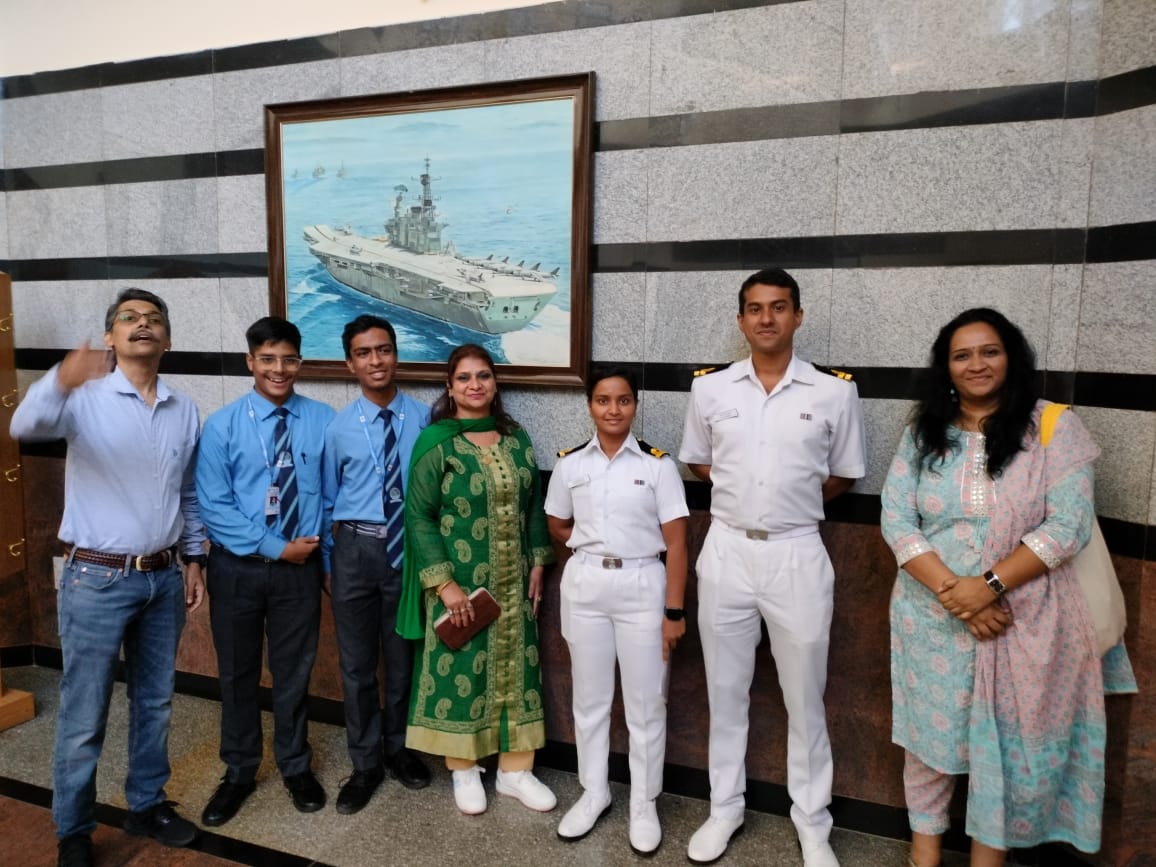 SWASTIK - MAY YOUR PEN KNOW NO BOUNDS!

All of 16, Swastik Sawhney shows the prodigy he is!

He comes up with an intriguing novel bringing out the complexities of relations and emotions through the intertwined past of four characters who are friends. Since past has its own way of retracing its steps into the present, what happens when these four friends - Aisha, Karan, Vanya and Sahil come together under the same roof after a prolonged gap. With this coming unfolds an engrossing tale of love, deceit, jealousy, infidelity, suspicion etc etc etc.The entangled lives of these four unravel the deep rooted conflicts that lay within the deep recesses of human mind.

It's indeed a moment of pride for the school and his parents. We, at Dewan, pray that this may only be a humble beginning for him and that he may go places in future.

YES! You Deserve The Plaudits!!

Our eyes get misty but hearts swell with pride as Our WONDERGIRL Aarushi Sharma goes to receive BAAL SHAKTI PURUSKAR from none other than the President Sh. Ram Nath Kovind. She gets this award for her outstanding achievements in Badminton. May She Keep Rising. May She Keep Shining!!

Aman Sharma (10 J) and Sambhav Jain (9 G); Aayush Agarwal (7 F) and Animesh Pathak (7 B have done the school proud winning First and Second positions in the Senior and Junior categories respectively, in the Inter School Quiz 'à¤­à¤¾à¤°à¤¤ à¤à¥ à¤à¤¾à¤¨à¥' held at Deoband. They achieved this feat defeating 20 teams, in different rounds, from Meerut and Hastinapur regions.
The School wishes them Good Luck for the State Level to be held at Sahibabad in December.

The team of school athletes did us all proud winning 2nd position in the Invitational Relay ran at St. Mary's School, Meerut. The participants were :
Armaan Chaudhary (IX H)
Vansh Goel (X A)
Devvrath Gaur (X E) and Sudhanshu Tomar (XI G)
Kudos to Them!!

Observing the Vigilance Week, GAIL (Gas Authority of India Limited) organized an Elocution Competition. Competing with 64 speakers, Mayank Panwar (XI B was adjudged the 2nd Runner up and was awarded with a trophy and cash prize of Rs 2000.
The School wishes him good luck in all his future endeavors.

YET ANOTHER WIN
As a part of Vigilance Awareness Week, ICAR - IIFSR (Indian Institute of Farming Systems Research) organized an Elocution Competition on the topic 'Integrity is the Way of Life' (English) 'à¤à¤®à¤¾à¤¨à¤¦à¤¾à¤°à¥ à¤à¤ à¤à¥à¤µà¤¨ à¤¶à¥à¤²à¥' (Hindi). Shubham of class XI J and Nandini Saluja of class XII J won second prize each for putting forth their views.
Heartiest Congratulations to Both!

The team clinched this feat defeating 72 teams from North Zone under the able guidance of Physical Education Department.

Without continual growth and progress, such words as improvement, achievement, and success have no meaning. Happiness does not come from doing easy work but from the afterglow of satisfaction that comes after the achievement of a difficult task that demanded our best.
Contesting 24 teams and leaving 174 students behind, Teams Dewan (JUNIOR 7-8 & I PRE-SENIOR 9&10) comprising Aayush Agarwal, Animesh Pathak, Rhythm Jain, Devansh Kaushik (all from VII -VIII), Sambhav Jain, Abhinav Arora, Uday Gupta and Aman Sharma (all from IX-X) won the second round of 'Bharat Ko Jaano - the GK Quiz' organised by Bharat Vikas Parishad, Meerut Main.
The teams are poised to participate in the third round to be held in Deoband on November 10, 2019.
The entire Dewan fraternity wishes them Good Luck!